This level of growth, while indicative of the CCFR's effectiveness, has also presented some challenges at the operational level.  Put simply, we are growing so fast that our model was fast becoming unsustainable on a strictly volunteer-driven basis; in short, the day to day operations of the CCFR and the promotion of our public face had become a full time job.

Aside from the day to day administration and promotion of the CCFR's mandate through public outreach, a key component of this role will be a continuance of Tracey's hugely successful campaign of meeting and developing relationships with elected officials.  As evidenced by the CCFR's recent report card campaign with the CPC leadership candidates, to use but one example, we have established an enviable track record of access and influence in a very short time.

The CCFR's success will always be the result of its volunteer base, and we are very pleased to welcome Tracey in this new role so as to better facilitate and assist the work our volunteers do as our organization continues to grow and promote our mandate of educated-based advocacy. The CCFR looks forward to filling the vacancy she leaves as an Ontario director at the upcoming AGM. 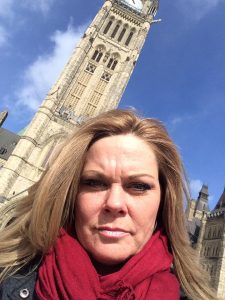