In a Canada-wide press release issued today, the National Police Federation came out in full opposition to the Liberals May 1 gun ban by OIC. 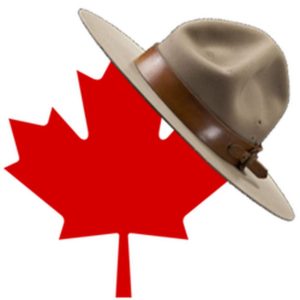 "Costly and current legislation, such as the Order in Council prohibiting various firearms and the proposed “buy-back” program by the federal government targeted at legal firearm owners, does not address these current and emerging themes or urgent threats to public safety.

It also does not address:

In fact, it diverts extremely important personnel, resources, and funding away from addressing the more immediate and growing threat of criminal use of illegal firearms.

Pete Merrifield, Vice President of the National Police Federation had this to say to CCFR members:

"In April I dealt with the widowed husband and two young children of one of my members who was murdered along with 21 other innocent people by a criminal with illegal firearms. When the ban was announced in May I was the first person to get a meeting with the Minister of Public Safety face to face in June to discuss concerns on the ban and the alternatives that focused on criminals and not citizens. By July and August I was being filmed for documentaries and for CCFR's TV segments educating the public on the misdirection of the ban and its futility in relation to public safety. Also in August we commissioned the research for a Policy Position paper on the issue. This week I am engaged in virtual lobby sessions with 10 key Members of Parliament. In December or January I'll be appearing before the Parliamentary Public Safety Committee. As the current government failed to provide any advanced notice of their OIC, I like many citizens am working to educate the public, parliamentarians and undue a pointless ban that provides zero enhancement to public safety. I think adding the voices of 20,000 frontline police officers may help the cause."

So now is the time for you to help. Here's what you need to do:

Share the NPF's press release with them and ask them if they support law enforcement's efforts to address actual crime and violence.

The evidence is in, and it's clear and overwhelming, this OIC gun ban does not address crime and targets the wrong demographic.

The CCFR is thankful for the support of the NPF and in turn, support the incredible work that law enforcement does to keep all Canadians safe.

If you like what the CCFR is doing to defend your rights to own and use firearms in Canada, please consider supporting our fight with a donation at https://firearmrights.ca/en/donate