The CCFR Board of Directors and Officers descended on Ottawa from across the country. A flurry of events and public outreach was tied into the business meeting and dinner and social. For the first time in history, a firearm rights advocacy group made use of various technological tools to be inclusive to its membership, regardless of geographical location.

The business meeting was live streamed for all members to view and online voting was used so they could participate from afar with ease. The CCFR is committed to being transparent and inclusive to all members and going forward more new and innovative measures will be put in place to continue this legacy.

The guests at the dinner and social were delighted to have guest speakers MP Todd Doherty and City Councillors George Darouze and Jody Mitic on hand to spend some time with them. Arthur J. Gallagher Insurance sponsored a gift for all attendees in the form of Jody's best selling book, "Unflinching-The Making of a Canadian Sniper" which he personally signed for all.

Members, Directors and Officers went away from the event excited about the sophisticated and revolutionary path the CCFR has taken. The city for the 2017 CCFR AGM has not yet been announced. 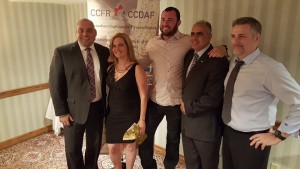 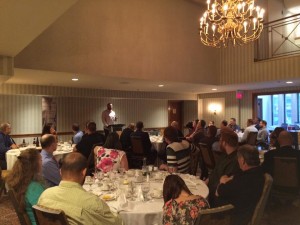