Tories from across Canada descended on the Toronto Congress Centre this weekend to watch a new leader for the Conservative party be born. The CCFR sent both Ontario Director Jamie Elliott and Public Relations VP, Tracey Wilson to take in the action and get live updates to the membership. The race was dominated by Bernier throughout, with Scheer inching closer with each ballot round count. In the end, at the 13th ballot Scheer took the lead and the head seat after O'Toole's ballots were divided appropriately. 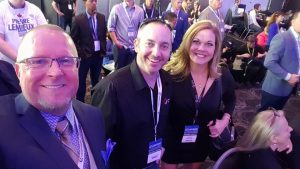 Scheer spoke to the packed Congress Centre after his victory and his smile said it all. A re-cap of the entire event will be forthcoming, but here is everything you need to know about Scheer's stance on the firearms file.

The CCFR did live, in person interviews with the candidates, sent questionnaires to gauge them and studied each of their firearms policies, if they had one. Scheer scored well with an "A" and subsequently got together with CCFR President Rod Giltaca for a personal, recorded interview. You can watch it below.

Here is the House of Commons interview re-cap from Tracey Wilson:

I enjoyed my sit down with Andrew very much. He’s a gun owner and a new hunter with a very likeable, “guy next door” kind of appeal. He regaled me with his tales of hunting and I could see he genuinely enjoyed it … very “Canadian”. Andrew takes a very strong position on the firearms file and has the support of MP Garry Breitkreuz, who famously exposed the waste in the long-gun registry and who worked tirelessly to scrap it. He’s got some big, bold ideas about reforming the entire system and takes a “common sense” approach on this matter. Andrew promises to launch a review of the criminal code and repeal all federal regulations pertaining to firearms ownership, usage and transportation which do not do the following: ensure that Canada’s firearms laws respect the rights of honest firearms owners, recognize the fact that hunting and sports shooting are an important part of Canadian culture and history, and empower police to concentrate on real criminals who are a threat to the public. 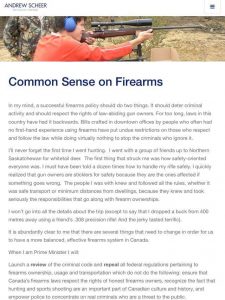 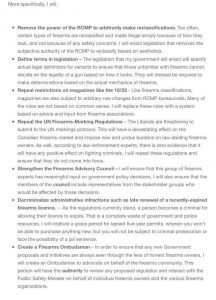 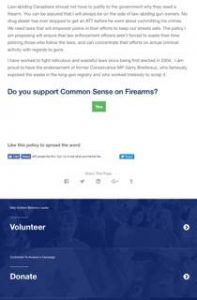 Scheer achieved an "A" on the report cards 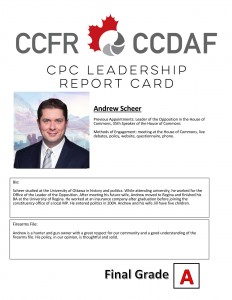 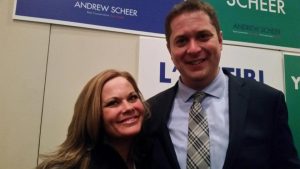 Scheer's views on the firearms file are solid. His relationship with the CCFR is excellent, and we will continue to offer ourselves as a resource to the new party leader. 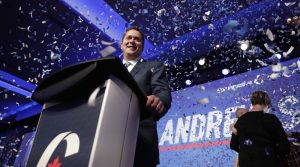