2021 CCFR Director Elections - here's what you need to know

2021 CCFR Director Elections - here's what you need to know

It’s that time of year again!! Each year we hold elections for half of our provincial director positions. This is a volunteer position, and each term is for two years unless otherwise indicated.  Things are a little different again this year as Covid_19 has impacted every Canadian from coast to coast. The AGM will be completely virtual this year and more on that will be provided in the coming weeks as we strive to ensure we are inclusive of all our members across the country.

For those interested in taking a more active role in advocacy at the CCFR, here is everything you need to know:

First – here are the provincial director seats that are up for nomination this AGM:

The nomination form must be filled in and returned to the CCFR office either by mail or via email at the addresses provided on the form no later than May 20, 2021 at 18:00EST. The form MUST be accompanied by a good quality digital photo of yourself (headshot) AND a minimum 250 word bio, outlining your experience, detailing why you think you would be a good candidate and what reasons you have for wanting to serve on the CCFR Board of Directors. Nominations submitted without the completed form, bio and photo will be considered ineligible and will be excluded from the election.

The "bio" and photo will be used for the electronic voting ballot that will go out to the members in your province. This means it should speak to them about why they should vote for you.

**You must be a member in good standing of the CCFR on or before March 01, 2021 to be nominated for a position, vote on business matters or vote for a director for your province at the 2021 CCFR AGM (virtual) to be held on June 12, 2021.

Candidates and members ae encouraged to thoroughly read the Bylaws and the Articles of Incorporation.

If you have any questions, concerns or need help, please contact Tracey Wilson at tracey.wilson@firearmrights.ca 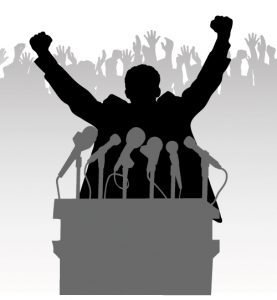