With the support of its members, the CCFR was able to answer a long-standing question; is Canadian media biased against the ownership of firearms and the people who own them?

The answer is yes. It is now an established and irrefutable fact.

If you haven't seen the study or the video summary, you can find it HERE: CCFR-Media-Bias-Report

Given that gun owners are being done a disservice by the CBC, a state-run broadcaster that all Canadians are forced to pay for, what do we do about it? The CBC should be representing the views of all Canadians with accuracy and honesty. If this organization is incapable of abiding by these simple virtues, why should it exist at all? The CCFR, as a first measure is lodging this official complaint to both the Ombudsman in charge of the CBC and the Minister of Heritage who oversees the public broadcaster.

At worst, we may experience inaction concerning this complaint. At best, a dialogue about how the CBC can improve its coverage and restore its relevance. Either way, a government friendly to the most vetted and law-abiding Canadians will form a majority at some point in the future; and the documented conduct of the leaders of the CBC may become a foundation for significant change.

The Media Bias Report is only the beginning of the CCFR's research initiative for 2019/2020 and it's made possible by the support of gun owners who believe in what we're doing. To those supporters and members of the CFFR we say thank you. 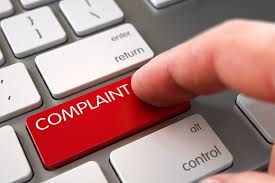 If you support the work of the CCFR, consider JOINING or DONATING today!! 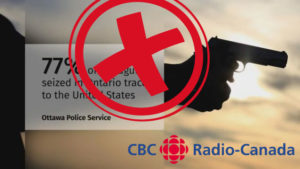