The Canadian Coalition for Firearm Rights issued a Marketwired press release on January 4th, 2017 over the news wire service to announce the launch of a new and innovative advocacy project. The "Explainer Video" series will be a set of short (roughly 2 minutes) videos that will drill down into an issue or topic and explain the debate simply and effectively using graphics, animation and sound effects. These little videos are highly "shareable" on social media and blog sites and will help Canadian gun owners debate effectively and explain their stance on issues in a compact and attention holding manner. Topics covered will range from legislative issues to legalities like storage or transportation regulations.

CCFR President Rod Giltaca has been working hard on this project and plans to have them released rapidly over the next few months. A professional video production company is working with Giltaca to achieve this goal and produce pieces that will live long into the future. The first in the series, a 2 minute explainer on the Ruger 10/22 mag issue was released December 28, 2016 and has gone viral across the internet. He intends for Canadian gun owners to in essence be their own advocates by empowering them with vital tools like this project. The videos will be hosted on the gun debate website and accompanied by supporting documents. Watch for more to be released over the coming weeks.

The importance of the press release is to widen the audience to this subject. Many organizations use their website to make posts (like this one) and entitle them "press release". In actual fact, unless you are looking for it on their website or see it shared somewhere, there is little chance of media, politicians or non gun owners ever finding it. A press release over the news wire service gets placed directly on the desks of journalists, editors and politicians, garnering it far more attention than a simple web post. While they are a little costly, the result speaks for itself. The CCFR did a press release over the Ruger 10/22 mag issue and the RCMP interpretation of it, resulting in media attention in Ottawa. The result was an interview with Chair of the Board, Tracey Wilson and the resulting "Gun Goddess" news story carried on the front page of 7 national newspaper publications. Having a gun owner, a woman at that, on the cover of a newspaper with her gun and portrayed in a positive manner has never before happened. Help support the CCFR and it's ground-breaking, innovative advocacy style by considering to donate or join the fight and make a difference. Join the fight 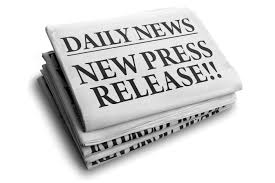