The CCFR is pleased to share a member's opinion piece, submitted to the CCFR by Bob Bush from Quebec. If you have a submission you would like considered please forward to info@firearmrights.ca

THE GOVERMENT RELEASES A FIRST DRAFT

"At this point in time, this issue has long gone beyond the mere question of firearms and becomes rather a stubborn desire on the Quebec’s government part to (hypocritically) waste the money of ALL taxpayers. This registry isn’t even in operation yet, but has already cost taxes payers around $100M in various expenses such as the Supreme Court appeal, parliamentary committee, and so on. A real Liberal open bar!”  ~Bob Bush, Quebec 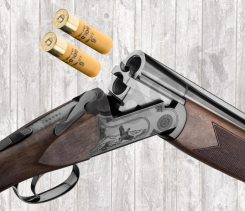 Quebec gun owners are stunned by the provincial government's stubborn desire to resuscitate an expensive, inefficient and proven useless registry.

The fact is, on September 13, the government of Quebec and the Department of Public Security published their draft regulations for the registry

And it does not look good for the future registry administration’s cost by the friends of the Liberal "Politburo".
Moreover, when a government treats its own citizens as anarchists and systemic racists...

So, according to this proposed regulation, Quebec firearms owners will be required to provide information about the firearm, location of storage, a number of personal information and more important, a unique identification number engraved on each weapon (Forget about the rare and historical weapons collectors and the fact ALL firearms already have a unique indentifying num

This is in direct contradiction with an election promise from the Liberal government not to reinstate a firearms registry. Nonetheless we can see that Quebec, with the help of his Federal Liberal friends, persists and proceeds (hypocritically) through the back door, in spite of these following facts:

Yes, in spite of all this, and against all odds, Public Safety is willing to send the data to any provinces asking for it, for the sake of "supposedly" settling a legal dispute with Quebec, thus causing anger and shock from ALL Canadian taxpayers who believed (naively) in the destroyed data scam.
Learn more about the dispute here: https://firearmrights.ca/en/goodales-bill-c-52-amendments-to-appease-qc-lawsuits-provide-data/

Instead of slipping through the back door the expired registry data illegally and “magically resurrected” to provinces that request it, Justin Trudeau's government should work to fulfill its $100M election promise, to fight street gangs and illegal firearms trafficking.

And if he has a little bit left, get busy attacking the real problem: mental health.