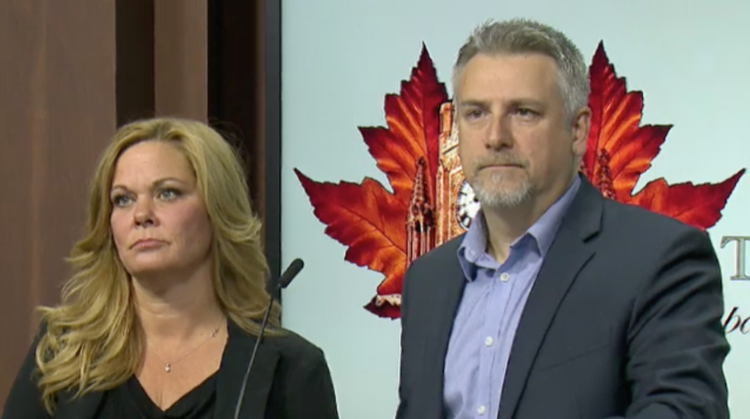 The CCFR is clearly disappointed in Monday’s election results as pro-confiscation parties currently hold the balance of power in Canada. After working tirelessly over the last year to raise awareness of our cause and increase the public’s understanding of our laws and regulations, we find ourselves in continued peril. In our efforts both during the election season and before, we have seen a remarkable level of hyperbole, manipulation, defamation and deception from the activist doctors’ group, many in the media, and from the Liberal government itself. The results of the 2019 federal election seem to indicate that a significant number of Canadians find this duplicity acceptable.
Many in our community are fearful that confiscation of their property and condemnation of their identity is what awaits them in the coming months. This Liberal Government promise may soon become a reality for hundreds of thousands of honest, hardworking Canadians.
Despite our circumstance, our future may be hopeful. While Trudeau ran a divisive and fear-based campaign, evidenced by his rhetoric on guns, the popular vote turned against him. It seems that most Canadians had heard enough and no longer believe him. The Liberal Party was severely rejected in the West and the Bloc gained more seats in Quebec, while a mounting western separatist movement may complicate things further for the Liberals.
The good news is legislation takes time to formulate, even if banning and confiscating firearms is a top priority for the Liberals; we will see if it is. The use of Orders in Council as a method to expedite the Liberal firearm agenda may not be appropriate for a weakly supported minority government, especially one which is declining in popularity.​ Although it wouldn’t be a responsible use of OICs, it’s still within their power to use them on short notice.
While the Liberals are negotiating alliances to support their mandate, the CCFR will be executing its mandate. In the coming weeks, we will be finalising our plans for the next twelve months. Our projects and the effect they will have on the public’s view of the Liberal government’s attacks on gun owners will be significant. The CCFR has put a tremendous amount of effort into advocacy in the months leading up to the election. The next twelve months will dwarf that in comparison.
The CCFR is only beginning to fight, and with your continued support we won’t stop until we achieve the respect and rights that trustworthy, hardworking Canadians deserve.
Rod M. Giltaca​
CEO & Executive Director​
Canadian Coalition for Firearm Rights / Coalition canadienne pour les droits aux armes à feu​
P.O. Box 91572 RPO Mer Bleu / C.P. 91572 CSP Mer Bleu​
Orleans, Ontario K1W 0A6 / Orléans (Ontario) K1W 0A6​

To Gun owners Across Canada:
​
We have factually exposed the CBC of bias against our community via our fully referenced, Media Bias Report. We have reviewed the evidence provided by a group of activist doctors who claimed it unequivocally supported their position of a ban on handguns and so-called assault rifles. The evidence showed nothing of the sort, and we published our findings in our report, Intellectual Malpractice. We have produced explainer videos and a nationally broadcast television show; now in its second season. We produce regular content like informational videos, the CCFR Radio Podcast and organize social media campaigns. We toured across parts of Quebec, Ontario and Manitoba in a fully wrapped RV to confront anti-gun politicians before the federal election.​

The CCFR always punches above its weight! Minority governments, like the Liberals are now, tend to call elections within 2 years. Help us hold off this Liberal minority to the next election and show them we won’t go quietly!​

Become a member or donate at www.firearmrights.ca​