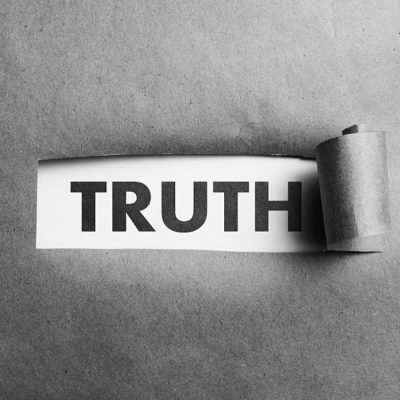 Why does the truth matter? To solve an issue you need to be truthful about the cause. As people we base our opinions on the information we take in which in turn influences how we vote. This then leads to government policies and laws being created that affect all citizens. So, in a sense, our opinions influence government policies that then everyone has to abide by. If our opinions are based on emotion and a false narrative rather than truth we end up with policies and laws made from the same place. 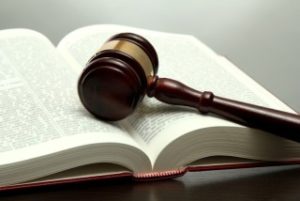 Gun control is one of these policies that have been heavily politicised into a social and emotional issue. With this emotion comes the marring of truth and the inability to solve problems like Toronto’s “Summer of the gun”. The truth is that there are many countries with different levels of gun control. This means there is a lot of data about the effects of gun control. This makes gun control a facts and numbers issue, not a social or emotion issue to be politicized. Yet our government and so many fellow Canadians do not treat it as such.

The idea that more guns equal more deaths is very common to see on any gun control advocacy website. More recently, this notion was referenced by the Toronto and Montreal City Councils advocating for a hand gun ban to reduce gun crime. Now our Prime Minister Justin Trudeau has officially asked one of his ministers to look into a ban. These city councillors and our federal government want quick action to pander to those looking at this as a political issue rather than actually solving the problem.

According to the United Nations, World Health Organization and Gun Policy.org, the stats for average homicide, gun homicide and suicide for the G20 countries for all years available between 2000 and 2016 are as follows: 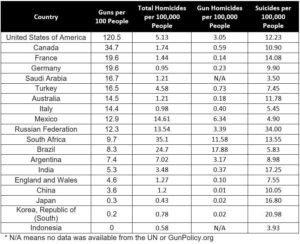 All of these countries have different levels of gun control, a number of them being much stronger than Canada’s. However you can easily see there is no real trend between guns per capita and any of the other factors. This proves that increased gun control and a reduction in gun ownership will not solve homicides. Even reducing gun homicides through gun control does not reduce total homicides. Why then even with all the credible evidence being contrary to their belief do so many in governments at all levels believe the opposite? The Toronto mayor and police chief both have said the majority of shootings are drug and gang related and still they advocate for laws that will not target the cause they identified themselves. Criminals will not line up to turn in their hand guns and assault rifles (fully automatic rifles) have been banned in Canada for over 40 years.

To solve the “Summer of the gun” issue we have to be truthful about the cause and make policies and laws based on that truth to solve it. We need credible and realistic answers and we know that the problem is illegal guns, drugs and gangs, not law abiding citizens. The federal government pledged $327 million to help combat guns and gangs last year, and was part of their campaign for election over 3 years ago but there has yet to be any record of that money being distributed. Bill C-71 (the new gun control bill) stands only to make the life of law abiding citizens more difficult and waste money by reinstating paper Authorizations to Transport and a long gun transfer registry, which requires the same infrastructure as the old and wasteful long gun registry itself. These measures will be wastes of money that could go to fighting the real problem by funding more police or community engagement to combat gangs and their recruitment. Every day the federal government continues to withhold the $327 million is a day they continue to fail us, every dollar they waste on C-71 is dollar squandered on show boating and pandering rather than protecting you and your family.

So why does the truth matter? Because no one wants anyone else to become a victim and we all want safer communities. More gun control isn’t the answer it is an understandable yet emotional response that would be irresponsible for us to pursue especially in the names of victims who deserve better than pandering from their government, City Councils included.

Only with the truth can we solve this problem. 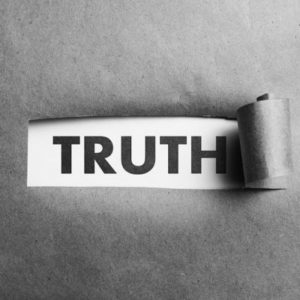