MP Rachael Harder has become a real source of common sense in the gun debate that wages across the country, fueled by misinformation, fear mongering and downright virtue signalling. Well, this week was no different.

Last weekend, out in Alberta, Harder hosted a fundraiser in true western style, complete with a day of skeet shooting followed by a BBQ and a pint. This is a tradition that isn't exclusive to Alberta however, Canadians across the country can often be found laughing and talking with their friends over a pint and a burger after a long day out in the frosty winter air. 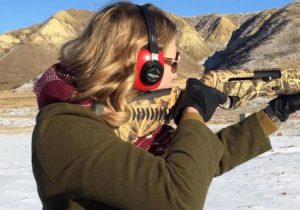 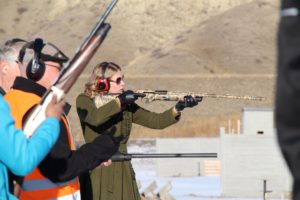 In typical Liberal style however, Minister of Border Security and Organized Crime Bill Blair wasted precisely zero time in politicizing this rather innocent event, slamming Harder for her choice in fundraising activity. Not overly surprising for an elected official who repeatedly passes on data he KNOWS is false to Canadians, implying we are too stupid to know the difference. In a statement to The Star, old gun grabbing Billy said is it "deeply disappointing" that an opposition member would hold a firearms-and alcohol themed event when Canada is seeing "record levels of tragic homicides involving firearms".

Let's set the record straight Minister Blair, Canada is seeing record levels of GANG shootings, especially the last 3 years since the Liberals took a majority in the federal election. Are you implying that the average gun owner, maybe one who enjoys a pint and a plate of chicken wings, is somehow tied to the gang bangers and criminals YOUR government has failed to combat? 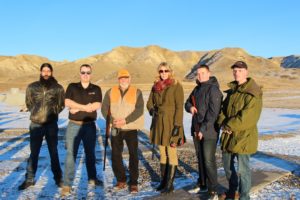 Not to be the tender flower the Liberals always hope Tory women are, Harder "fires back" and absolutely nails Blair to the wall, exposing him for exactly what he is - an opportunist, one who would do or say anything to try and hurt gun owners and the opposition.

On the heels of a huge policy announcement by Tory Leader Andrew Scheer, one Blair has had zero response to, MP Rachael Harder responded with this statement, "Bill Blair had to look at Lethbridge and come and attack me as an individual, and those in my riding who rightfully and lawfully own and use their firearms. I’m sorry; we are talking about federal policy that’s going to take guns, gangs, criminals and violence off the streets, and we want to focus on the riding of Lethbridge and a group of responsible individuals that used their firearms lawfully? What he is telling me, as the minister, is that he has no criticism toward our policy we just put forward, and instead he has to come after me. I say, let’s focus on policy. Let’s focus on Canadians and their safety and well-being.” 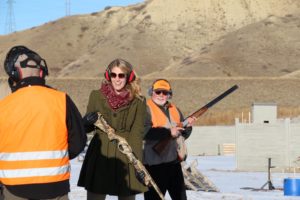 In an interview with the Lethbridge News, Rachael expanded on the topic with this, "“On Saturday, I got together with others who have gone through a similar process (acquiring a PAL), and who also use their firearms in a responsible manner. If Bill Blair thinks that is somehow unethical, then he probably needs to do some further research with regards to Canada’s (firearm) policy and his own portfolio. That’s really the problem here – that perhaps we have a minister that is inept to do his job well.”

Harder confirmed her "Guns & Guinness" event was a fundraiser for her re-election campaign and explained how the group spent the day shooting clay pigeons at the LFGA range, supervised by qualified instructors and then later that day headed to a separate local venue for a BBQ and a refreshing pint of Guinness. The CCFR was proud to have 3 field officers in attendance, along with lifetime CCFR member Ryan Slingerland - the young man who launched the parliamentary e-petition against C-71 (sponsored by Harder), and MP Robert Sopuck of the Conservative Hunting and Angling Caucus.

Minister Blair … you're going to have to stop trying to manufacture a false hysteria and deal with the crisis at hand - your failure to get credible work done to combat crime.

Canadians are watching … some of them, from the pub.