Hervieux-Payette tabled this bill for the second time, just as she was slated for mandatory retirement, possibly as some desperate effort to leave behind a legacy.

Canadian firearms owners answered the "call to action" by writing to their senators and social media was abuzz with questions and concerns. Thankfully the bill had little to no support from sitting Senators and was dropped from the order paper on November 3, 2016, robbing Hervieux-Payette of her hopes of living on through it. 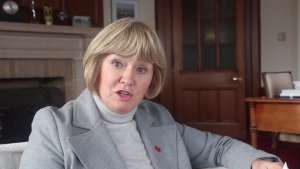