The City of Kingston recently voted on a motion to ask the federal government to "strengthen" C-71 by including a sweeping ban on handguns, "assault weapons" and all semi-auto's, a motion that was more symbolic than anything but one that received great opposition. 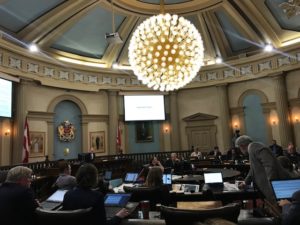 Councillor Jeff McLaren was under pressure from one constituent of his Kingston riding to use his powers at a municipal level to attempt to influence the federal government, something that is usually outside the scope of a municipal councillor. He put forward the following motion:

"...Therefore Be It Resolved That the City Council of Kingston ask the federal government to strengthen Bill C-71, including the prohibition of the private possession of assault weapons, semi-automatic weapons and handguns, with the exception of police services or other law enforcement entities"

What's interesting about this request, compared to others from virtue signalling city councillors we have seen before, is the inclusion of all semi auto's, a favourite among hunters. This shows McLaren has a complete lack of connection with the citizens of his city. While talk of gun control usually adds to the rural/urban divide, including traditional hunting firearms like semi-auto hunting rifles includes those who would normally be spared such an attack.

Our very own Tracey Wilson made the trip down from Ottawa and addressed the mayor and city council. We captured a raw iPhone video of it and you can view it here: https://www.facebook.com/CanadianCoalitionforFirearmRights/videos/841632852881430/

Tracey was joined by dozens of CCFR team members like Kelly Wheaton, VP of the CCFR's Women's Program and Kelly Kincaid, Ontario Provincial Coordinator, along with other CCFR members, gun owners and hunters, all outraged that Councillor McLaren would choose to target legal RCMP vetted sport shooters and duck hunters rather than target crime. CCFR business members Ryan and Marcie Harriman who own SFRC The Ammo Source were there with their staff members. The local Kingston business employs 14 people and services the entire area. A ban on guns would end this business and put all of them out of work. 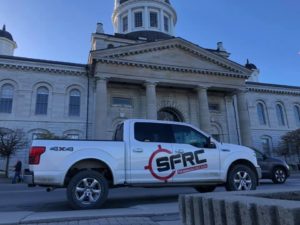 Thankfully, the motion was narrowly defeated in a 7-6 vote with Kingston's Mayor Bryan Patterson voting in opposition to it, pointing out that municipal government's should be focusing on matters within their scope.

While it's a small win for reason, the close vote shows how much more education our leaders require.