Toronto city hall was awash with concerned victims and community groups yesterday, eager to speak about some possible recommendations by the Board of Health for city council. Going into the debate, most groups were kept in the dark about the real agenda of this meeting - gun control. A late change to the line up of suggestions has left community groups and those looking for real answers to the violence in the streets, feeling left out in the cold. 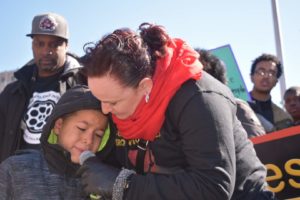 Vice Chair Kristyn Wang-Tam gathered a group of anti gun lobbyists and activist doctors together to hijack what would have been a credible first step in combatting the root causes of violence, and the devastating aftermath that leaves families grieving. 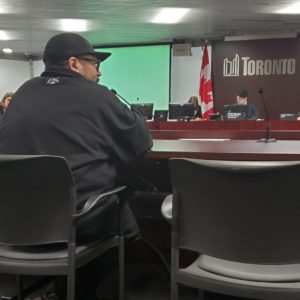 Many in the swelling group of speakers had the best intentions at heart; Evelyn Fox - mother of a murder victim trying to cope with the mental health struggles of her surviving son and herself, Marcell Wilson of the One by One Movement - who works with at-risk youth trying to lead them down a better path, Louis March of the Zero Gun Violence grassroots group - a well known community activist who concentrates on marginalized communities, and Dr. Greg Mosdossy - a veteran trauma doctor from the Polytechnique mass shooting who has a deep knowledge on the topic of violence and firearms.

Unfortunately, the Board of Health for the City of Toronto is one the last remaining committees anti-gun lobbyist and president of the Coalition for Gun Control, Wendy Cukier, still has in her clutches. What was supposed to be a community discussion on health needs of the people associated with and affected by gun and gang violence, quickly turned in to a crusade for a national handgun ban - a measure that the Prime Minister has been clear he will not entertain. 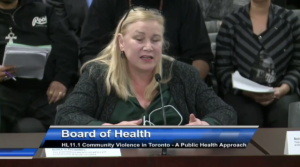 Rather than focus on improved mental health programs for survivors experiencing trauma, or allocating funding to better-managed at-risk youth programming, the meeting was instead transformed into a political battlefield over the polarizing topic of handgun bans.

Dr. Mosdossy spoke to the Board about his experience dealing with the victims of the Polytechnique shooting - ground zero of the gun control movement in Canada, and how he went on to save lives and treat patients over the next 3 decades as well as becoming a notable and active sport shooter. He reiterated the fact that we must not draw a correlation between the violent gang members currently plaguing Toronto and peaceful, law abiding target shooters. The response was a barrage of harassing questions about his organization, Doctors for Firearm Safety & Responsibility, in an attempt to discredit the veteran doctor.

Alison De Groot of the CSAAA, the advocacy organization for the business end of the industry, was equally mistreated by councillors like Mike Layton who's bizarre line of questioning bordered on creepy and harassing.

At the end of the day, victims and community groups went away from the meeting feeling unheard and discouraged.  This was the ideal opportunity to create the framework for positive, beneficial work to address the root causes of violence in Toronto, and to help those who have already suffered, heal.

The Toronto Board of Health was absolutely hijacked by the anti-gun lobby groups and the result is a travesty for the entire city.