On a warm summer evening in Toronto on the Danforth, people were enjoying the pleasantries of a July night out. Sipping lattes at cafes, doing some shopping, meeting with friends and family. The kind of sultry summer nights we thrive on in Ontario in contrast to the bitter cold of winter.

At around 10:00pm the quiet, subdued atmosphere was interrupted by the alarming sounds of gunfire. Complete chaos ensued with terrified citizens scrambling for safety, nobody fully aware of what was happening. The shooter wandered along the busy street, shooting randomly at strangers, wreaking havoc in the worst imaginable way. Something that usually resides only in the nightmares of Canadians. 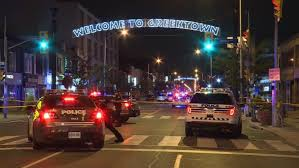 At the end of the violence, more than a dozen people lay injured, two beautiful young girls dead, a whole country gripped in terror and grief.

At the same time, doctors and trauma staff at St. Michael's Hospital and Sunnybrook Health Sciences Centre were pushed into a full code red, with victims being rushed into operating and emergency rooms. Dr. Najma Ahmed was one of these doctors, tasked with the daunting job of trying to save lives, an experience that is sure to have lasting impact on everyone involved.

This event, while tragic and awful, was a pivotal point in Dr. Ahmed's personal advocacy pursuits. Keep in mind the perpetrator, Faisal Hussain was an unlicensed criminal in possession of illegal firearms, traced to a brother with gang ties and an alleged terrorist link. This violence was not the result of a licensed Canadian firearms owner, a sport shooter or hunter. However, born out of this traumatic experience Dr. Ahmed has embarked on a crusade to engage and lobby the federal government to table legislation to ban and confiscate the legally acquired firearms from sport shooters, the very people not responsible for the trauma experienced by her and other Torontonians that night. 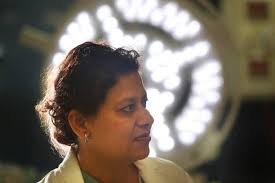 She formed a lobby group, created a website and entered into the limelight with a series of interviews with media, a speaking spot on a Senate committee studying Bill C-71 (a bill completely unrelated to the Danforth shooting) and has a "day of action" out looking for support across the country on April 3. 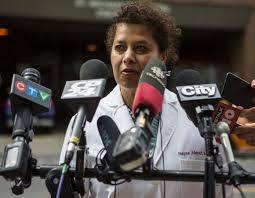 Another doctor contacted the CCFR when this tirade began and suggested we file complaints en masse to the governing body for physicians. Doctors across the country began contacting us, appalled at the radical legislative demands by this lobby doctor group and asking us for help. These lobby doctors do not speak for the Canadian medical profession. They have hired a lobbyist and public relations firm to aid them in their pursuit of legal gun owners under the guise of guns themselves, being a public health risk.

This coordinated and well funded effort, regardless of how small their support group is, is detracting attention and resources away from credible work on crime.

The violence will continue as long as the focus is on sport shooters and duck hunters and away from criminals and violent mentally ill.

The Globe & Mail picked up the story and in spectacular fashion, Dr. Ahmed continues the role of innocent victim, while using her credentials to demand the banning of our sporting equipment. Gun owners across the country, and doctors, are obviously shocked and upset.

She could have been a hero … in fact, she was. Right up until the time she used her traumatic experience to target the very people who have done nothing to warrant such an attack.

The CCFR continues to encourage law makers to craft thoughtful and effective legislation to combat the violent crime and gang activity our country is plagued with. If you support this effort, consider joining the fight or donating.