This is going to be a long one. I hope it brings some critical thinking to those crafting laws in this country.

When the Liberals won a majority in 2015, gun owners across the country were on the edge of their seat, hoping they would not be the target of more misguided legislative burden, as has been the case through the last 30 years. The 4 year term saw the passing of C-71, a bureaucratic mess of regulation and measures to further burden legitimate sport shooters and hunters. Gun owners fought it, hard, and it took an unprecedented 14 months to make it's way through both the House and the Senate chambers, only to pass un-amended against the wishes of the Senate committee studying the bill.

With the 2019 election in our rear-view mirror and the Liberals reduced to a weakened minority, you would think a sigh of relief would be heard from hunt camps and government approved ranges from coast to coast - no such luck. Even with the Conservatives winning the popular vote, it wasn't enough to unseat the Liberals who dominated the east. And with that began the threats of gun bans on legal owners, forced confiscation, billions of dollars in buy-back programs and more than a quarter million legal rifles taken from gun owners who had done nothing to warrant such an attack. 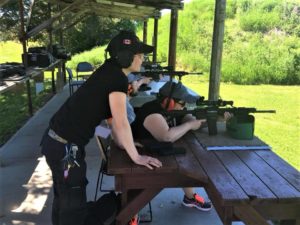 Yet, here we are, entering the spring of the year and nothing has been done. Literally nothing. The measures within last terms C-71 haven't even been implemented, nor have any OIC's been tabled to begin the framework needed for this burdensome legislative piece. Minister of Public Safety, Bill Blair continues to placate the anti gun lobbies with promises of sweeping gun bans and visions of kicking in the doors of law abiding Canadians. PolySeSouvient, the Coalition for Gun Control and the Doctors for Protection from Guns (all inter-connected anti gun lobby groups with radical agendas) continue to torment and troll legal firearms owners on social media while accepting huge influxes of cash from American financers.

BUT … in spite of it all, our culture, our sport and our industry continue to grow, and literally boom.

At the same time we are seeing more and more opposition to the wasteful and ineffective measures originally proposed by the federal Liberals, from law enforcement, government officials at every level, media and every day Canadians.

The firearms conversation in Canada is changing … Canadians are demanding credible work on crime, responsible use of tax dollars and less division.

And we couldn't agree more … which is why we will be launching the largest public relations and education campaign in Canadian firearms history in 2 weeks.

United - we are stronger.

I'll wrap this up with a final thought. The Canadian gun community are a passionate, driven, resilient bunch. We care about making our communities safer, and we value our freedoms and liberties. These are non-partisan statements. 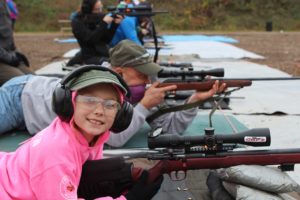 To the governing Liberals; Canadians are depending on you to do the right thing. To use our sacred tax dollars wisely in times of adversity, to implement and fund measures that will have a positive impact on public safety, and to produce fair and effective policies.

We will continue, with your help, to demand better of our legislators; to hold back the tide waters; and to ensure our sport is preserved. Meanwhile, take someone shooting, buy that new gun, get another range membership and don't forget to contact your MP. 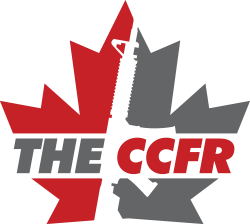