The CCFR continues to take all available steps to protect the interests of Canada’s firearm owners. As we finalize our filing for Federal Court to challenge both the OIC as well the recent RCMP “ban by FRT”, on all available grounds including but not limited to Constitutional grounds, the CCFR has started requisitioning relevant government records with a series of Access to Information requests. We have presently issued 32 such requests to Public Safety Canada, and we will be following up with similar rounds of requests to the Privy Council Office, the Department of Justice, the RCMP, Crown Indigenous and Northern Affairs Canada and Global Affairs Canada, all as part of our first series of requisitions to be issued over the next 24 hours.

By way of a sample of the requests made to Public Safety Canada, these are 2 of the items we want:

“On behalf of the Canadian Coalition for Firearm Rights and Rodney Giltaca we request access to information related to Order in Council P.C. 2020-298, May 1, 2020 (the “Order in Council”), making the Regulations Amending the Regulations Prescribing Certain Firearms and Other Weapons, Components and Parts of Weapons, Accessories, Cartridge Magazines, Ammunition and Projectiles as Prohibited, Restricted or Non-Restricted on May 1, 2020 (the “Regulations”), and P.C. 2020-299, May 1, 2020, making the Order Declaring an Amnesty Period (2020) (the “Amnesty Order”).

In particular, we request that you provide us with electronic copies of the records below as they may be held by or otherwise available to Public Safety Canada and its predecessors, including copies of records as they may have been held by or otherwise available to the Minister of Border Security and Organized Crime Reduction as referenced on page 59 of the Order in Council (collectively, the "Department"):

1. All records, including but in no way limited to research, analysis, policy papers, briefing reports, studies, proposals, presentations, reports, memos, letters, emails and any other communications that were prepared, commissioned, considered or received by the Department in relation to:
a. The Order in Council.
b. The Regulations.
c. The Amnesty Order.

2. All records, including but in no way limited to research, analysis, policy papers, briefing reports, studies, proposals, presentations, reports, memos, letters, emails and any other communications related to public engagement on the issue of banning handguns and assault-style firearms that took place between October 2018 and February 2019, as referenced on page 59 of the Order in Council.”

These requests are in addition to the vast amount of documentary evidence we anticipate receiving from the government and RCMP in the courses of the lawsuits the CCFR is launching.

It’s time the government and RCMP explain themselves, and we’re here to help them do it. 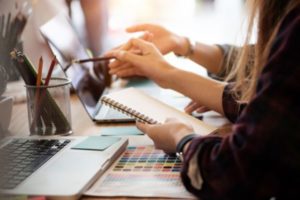