Like many other Liberal projects, the Canadian Firearms Advisory Committee is crumbling before our eyes as key players leave the committee, speaking out about it's ineffectiveness. 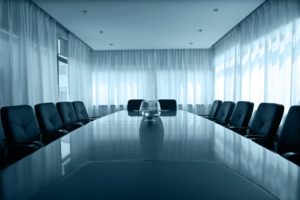 Earlier this year, CFAC chair Jack Major, a retired Supreme Court Judge, stepped back from the committee after voicing his concerns to Goodale's office that the team needed evidence and data, to hear from expert witnesses and stakeholders and employ the tools necessary to do the job they were tasked with. A request that is not only unreasonable, but shouldn't have even required a request. The Liberals promised Canadians fact-based legislation yet consistently fail in this department.

In a National Post interview, Major details how he felt he wasn't able to contribute in any meaningful way, and that the committee was more or less just being told what the government was doing, rather than advising the Minister prior to the implementation of measures.

"To be told what the government has done without any input from us, I felt, well, we're just being used. You know, there's a committee that's not doing anything, but it looks pretty good on paper" ~ex CFAC chair Jack Major

Major was very clear that he didn't want to wear the failure on this file that the government is currently experiencing, and says that government officials made the committee feel like an afterthought.

Clear evidence of what this writer said two years ago, that CFAC is nothing more than a political construct, a manufactured façade for the Liberal government.

This week, CFAC Vice-Chair and anti gun lobbyist Nathalie Provost slammed the door on the committee as well, saying she felt "used" by the Liberals, furious over their apprehension to ban legally acquired sporting rifles from legal Canadian gun owners. I'll address that in a separate post and link it here.

As we go into the federal election cycle we have so many reminders of the incompetence and inability to accomplish anything meaningful by this government. Canadians have a choice to make ... more of the same, or a vote for change.