OTTAWA: Canadians are speaking their minds to this government using the government’s own tool, parliamentary e-petitions.

Parliamentary e-petition E-2341 has soared into first place for the most signed government e-petition in Canadian history, and with good reason.

During the last federal election, the Trudeau Liberals vowed to ban many semi auto rifles from legal owners across the country as part of their election platform, in spite of objections from law enforcement and experts from coast to coast that this would not curb crime and violence.

The result of the 2019 election was a weakened minority government, dependant on opposition parties for support in order to support legislation. This is where an OIC (Order in Council) comes in … there will be no vote required and democracy is circumvented. This outrageous abuse of power has sent Canadians of all kinds into shock that any government would disrespect proper parliamentary procedure.

A measure of this magnitude will affect millions of law-abiding Canadians and deserves the appropriate debate, study and expert testimony that it should see.

The fact the Liberals are suggesting they will use such an extreme measure, and are in such a hurry to do so, is a clear indicator they don’t have the support they would need to do this kind of damage.

This overstep should be setting off screaming alarm bells to every single Canadian.

Canada’s democracy is at grave risk.

Have you signed the petition: www.e2341.ca

Petition to the Government of Canada
Whereas:
The Government of Canada has expressed its intention to ban, what it refers to as “military-style assault rifles”, through an Order in Council;
Public Safety Canada’s information notes this is not a legal definition in Canada;
The use of an Order in Council is an egregious overreach of executive authorities, bypassing the democratic process of the House and the elected representatives of Canadians;
This executive order would strip law-abiding Canadians it has approved through the RCMP Canada Firearms Program, of their legally purchased property;
The use of an Order in Council ignores the Government’s survey on firearms where “the majority of respondents did not support further limiting access to firearms & assault-style firearms”;
The proposed buyback of legal, licenced firearms could cost the Canadian taxpayer over $250,000,000 which could be better spent on initiatives that have an appreciable positive impact on public safety such as: deter youth from gangs, addiction treatment, mental health, strengthened border security, and increase police anti-gang capacities;
An Order in Council ban on “military-style assault rifles” would fail to take firearms away from criminals; and
A ban would unfairly target Canadian firearms owners who are already among the most vetted in Canadian society. Possession and Acquisition License (PAL) and Restricted PAL (RPAL) holders are subject to daily screening and are statistically proven to be less likely to commit crimes than non-PAL & non-RPAL holders.

We, the undersigned, citizens of Canada, call upon the Government of Canada to put any new firearms laws, bans, buyback programs or changes to licencing before the House of Commons to be debated. 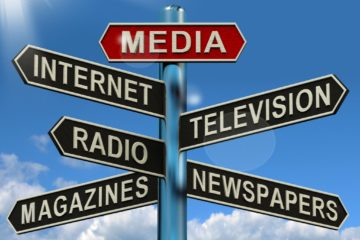