One gunnies journey into the confusing realm of Canadian firearms regulations and the officers tasked with enforcing them … proof positive that education is the key.

Recently, CCFR member and Canadian gunnie Tyler Johnstone contacted the CCFR to update us on an ongoing legal issue arising out of the use of his PAL as ID during a traffic stop in Vancouver, BC. We’ve been following Tyler’s story from the start and wanted to share it with you. In this story you will see how a simple event like using your PAL for ID can cause a ripple effect of issues. You will also learn how having an understanding of the regulations, laws and your rights can make a bad situation into a big win for the little guy. Law Enforcement agencies have a duty to enforce and follow the law, but as with all humans – we’re exactly that, human. Mistakes are made and it’s impossible for any officer to memorize and understand every single law on the books. With education, experience and everyday guys like Tyler sharing his story, we will get closer to an ideal, fair and functioning legal system. 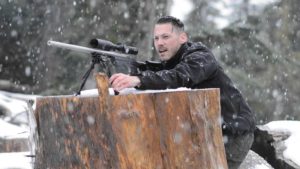 A routine traffic stop due to a bent license plate found Tyler on the side of the road with a Constable from the Vancouver Police Department approaching the driver’s side. The two men walked to the front of the car and straightened out the bent plate. The usual request for identification followed and Tyler handed the officer his newly renewed paper BC driver’s license. The Officer studied the piece of paper and requested additional photo ID. Tyler had only his PAL with him so produced that without thought. This would later prove to be an interesting decision.
As expected, the officer asked Tyler if he currently had any firearms or ammunition in the vehicle, to which the reply was admission of a couple boxes of shotgun shells in the pocket of the driver’s door, but no guns on this day. The officer began suggesting that Tyler required a permit to transport ammo and that it needed to be locked up. Tyler, being versed in the regs knew neither of these things were accurate, was left on the side of the road while the officer returned to his cruiser, documents in hand. 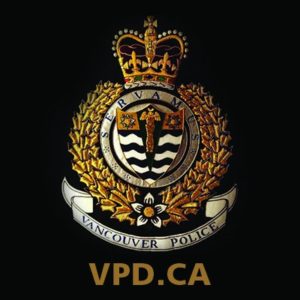 10 minutes slowly ticked by before the officer returned and asked Tyler to step out of the vehicle again. Tyler complied and was led to the rear of the car where another VPD Officer was waiting. The second constable informed Tyler he would be searching his vehicle. Shocked, Tyler asked if he was under arrest at this time and the officer replied he was not. Knowing his rights, Tyler informed the officers he was not consenting to a search of his vehicle and asked for a supervisor to be summoned to the scene. The search took place in the meantime and nothing of interest was found.

Shortly after the unlawful search was completed, a Sergeant attended the scene, as supervising officer. He received a briefing from the two constables and then approached Tyler with his iPhone, which he had used to pull up a website for research on the regs, and informed Tyler he was being detained for “careless storage of ammunition” and was not free to go. Tyler glanced at the Sgt’s iPhone to see a Wikipedia article and explained to the Sgt the transport regs apply and no law has been broken. The supervising Sgt, confused himself on what to do left Tyler detained while he walked away and made a call on the same phone. He returned 20 minutes later saying he had spoken to the RCMP “Range Officer” and that Tyler was now free to go.

After all this, Tyler was understandably frustrated by this series of events. He contacted his local MLA, who happened to be the former head of the BC Civil Liberties Association. The best direction to go seemed to be a lawsuit against the City of Vancouver/VPD as well as the 3 officers involved. After back and forth negotiations, a settlement was reached, and Tyler was awarded the sum of $3500 for the incident. A non-disclosure agreement was requested by the VPD but Tyler stood firm that he would not agree to it. Tyler in turn requested education for the police force on firearms regulations and an inclusion of “ammo regs” on the officer’s RCMP provided info sheet. Both of these requests fell on deaf ears.

The CCFR’s continuing mandate of advocacy through education supports the theory that the more we learn and know, the more efficient and fair the system can be. The CCFR offers themselves as a resource to Law Enforcement, Media, Politicians and the general public when education or information is required. It is unrealistic to expect every officer in every detachment to be fully versed in every law or regulation. This is an opportunity for a learning experience for everyone involved.

In the end, Tyler feels a small victory for gun owners happened that day. Monetary gain was never a driving force in this ordeal, simply he wanted to defend his Charter Rights, and the rights of Canadians who don’t know how to defend themselves.

Learn more about the Canadian Charter of Rights and Freedoms 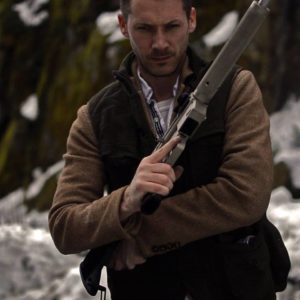 Tyler broke no laws that day and was awarded a settlement due to the unlawful search and detainment.
The Firearms Act, Criminal Code and their subordinate regulations can be confusing and overwhelming. The CCFR offers Legal Defense Insurance which provides the ability to defend your legal rights when you inadvertently breach the law.

With Legal Advice Insurance you have unlimited access to qualified lawyers on a firearm legal issue, or any legal issue you may have, even if it is not covered under your policy. 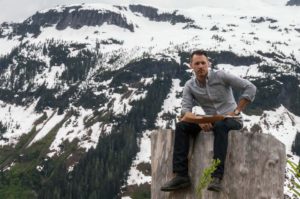