Call To Action #2: Do they really have the endorsement for their radical political activism from our medical associations? Let's find out.

It is critical to the health of our relationships with our medical practitioners that Canadians are not judged or attacked merely for their legal sporting activities. In their recent web posts, Canadian Doctors for Protection from Guns states that they are calling upon the government for;

"The introduction of legislation and other tools to reduce the prevalence of firearms, such as restrictions on gun ownership, an amnesty program to recover firearms currently in circulation".

They also very clearly call for a "ban on handguns and assault weapons" (yes I know their inexperience and lack of knowledge leads them to name things already banned for decades).

What's interesting is Dr. Najma Ahmed claims she has the full support of the following organizations;

We can't help but wonder if this tiny group of 6 doctors was clear with these respected organizations about how radical their lobbying was going to get? Did they explain their focus is on the "banning" of equipment used safely by millions of Canadians every day without issue?

It is completely unethical to bring an erroneous political position into the ER/OR. It is also unethical for these lobby doctors to be using their medical credentials to try and influence legislation that there is no evidence would have the impact they promise it will.

To be clear there is NO evidence that a ban on legally acquired sporting handguns will reduce crime and shootings in our country. Why is this small lobby group so radically pushing their agenda to end our sport. Our Olympic athletes are asking the same questions.

Banning Firearms has no impact on homicide and suicide

So here's how you can help;

We need you to write to each of these organizations and ask them if they support the legislative demand by the Canadian Doctors for Protection From Guns.

Demand a response to these questions, and the supporting evidence.

Let them know this lobby doctor group is publicly announcing that their organization or association does support this.

Send your responses to: tracey.wilson@firearmrights.ca

Please take 15 minutes and do this today. It's vital we get to the truth on this issue. 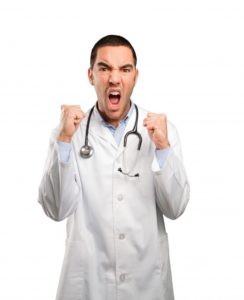