The firearms community has been abuzz with the usual rumours, conspiracy theories and predictions lately. The annual gun control debate climaxed as of late with the anniversary of the Polytechnique shooting. This horrific, misogynist attack has always been a pivotal sounding board for the anti-gun lobby, complete with hyperbolic hysteria. The CCFR continues to stay the course with education, data and information sharing and community minded programming.

We thought we'd take an honest, factual tour of the Liberal Gun Control Agenda and where we stand half way through the term. Let's dissect the 2015 policy points on the firearms file and define the good, the bad ... and the ugly. 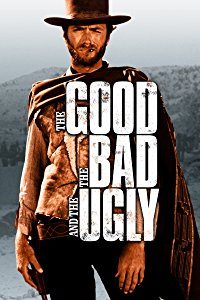 The federal government has indeed returned the decision-making process into the hands of a non-elected law enforcement agency, the RCMP. While the stated intent is to have "experts" rather than "suits" making decisions, this avoids a certain level of accountability for the office of Public Safety. While Ministers, MP's and department staff may not be experts in the field of firearms regulation and classification, they have access to a wealth of information. Ideas, recommendations and information from all sides of the debate should be considered carefully and a decision made by the Minister and his staff, as is the intended purpose of democracy and the very reason these folks were elected. We're going to give them a thumbs down on this one. *BAD

The first sentence of this policy point was likely written early on and without factual evidence. Every gun owner knows that restricted and prohibs are not "freely transported" without a permit. In fact, the previous shift from a full paper ATT to attaching it to your license simply reduced the 3 pieces of paper you must carry to half of one. It also gave law enforcement the capability to trace and verify your ATT digitally, rather than relying on a simple piece of paper you printed off. In this age of technology one has to wonder why on earth an archaic paper form would be a preferred method over a digital, instantly verifiable format. I would expect a government who promised fact-based decision making to come to their senses on this one. *UGLY

2.  provide $100 million each year to the provinces and territories to support guns and gangs police task forces  to take illegal guns off our streets and reduce gang violence

Two years (half way) into their term, a revival of this policy point was made by Minister Goodale, reaffirming some funding is on it's way. This is likely the one policy point that we agree would at least have some impact on public safety. While the funding is late by 2 years, and the promise falls short of the original promise of $100M a year, the Liberals have stated that $66M a year for the next 5 is on its way. We approve of this as it finally addresses the real cause of violence in Canada ... gangs. *GOOD

3. modify the membership of the Canadian Firearms Advisory Committee to include knowledgeable law enforcement officers, public health advocates, representatives from women’s groups, and members of the legal community

To date, only 10 of the 15 available seats have been filled on the Minister's new CFAC panel, including appointing Polysesouvient anti-gun lobbyist Nathalie Provost as Vice Chair. Besides being a huge conflict of interest, it is the literal equivalent of appointing a plane crash survivor to an avionics safety board with no pilots on it. The CCFR has hit this point straight on with submissions of suggested members, a letter writing campaign and a parliamentary e-petition sponsored by MP Michelle Rempel. Read more about it here: CFAC nothing more than a political construct. This panel is literally the opposite of a knowledgeable, balanced and fair committee. Watch for more action from the CCFR on this point in the New Year. Two thumbs down on this one. *BAD & *UGLY

4. require enhanced background checks for anyone seeking to purchase a handgun or other restricted firearm

We've had our lobbyist, Tracey Wilson ask Public safety to define "enhanced background checks", but to no avail. Just this week in a conversation with them, they stated that having retailers verify the status of the purchasers RPAL will constitute the check being "enhanced". Most retailers do this now, so we don't consider this a major issue. Verifying the validity of the card they are shown is acceptable practice. *GOOD

Already being done ... nothing to see here, moving along. It is already illegal to sell a firearm to someone who is not licensed to posses it. see Criminal Code-Trafficking Firearms *GOOD

6. require firearms vendors to keep records of all firearms inventory and sales to assist police in investigating firearms trafficking and other gun crimes

This is already being done in most shops across the country. Our concern is the method in which the records are being kept, the protection of the purchasers private information and the ability for it to spin into a registry type situation. We are going to be focussing on this in our lobbying activities in the new year. For the most part, it isn't of great concern if done in a respectful manner, which is it at this time. *UGLY

7. immediately implement the imported gun marking regulations that have been repeatedly delayed by Stephen Harper

This policy point was deferred until December of 2018. Read more about this here: UN Marking Study ATIP  While the delay is good news for the Canadian firearm community, we will need to continue to push against this wasteful and unnecessary measure. Firearms imported into Canada already come equipped with a unique identifying number, permanently engraved. It's called a serial number and is easily traceable and should satisfy the desired tracking measure. *UGLY but *GOOD it was deferred. 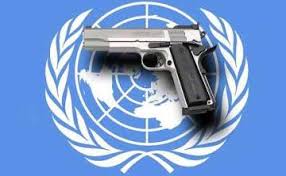 8. as part of our investment in border infrastructure, invest in technologies to enhance our border guards’ ability to detect and halt illegal guns from the United States entering into Canada

This policy point is something I think all Canadians can agree would have a positive effect on the public safety of our country. *GOOD

9. We will not create a new national long-gun registry to replace the one that has been dismantled

Of Note: There has also been more guns classified as non-restricted in the last 2 years than in the previous 4. Is the evidence the RCMP Lab is moving a little faster to bring in new guns and get them market-ready? *GOOD

The amnesty is ending December 31, 2017 which is *BAD, but the 6-month grace period first mentioned in C-42 has been implemented by the Liberals, which is *GOOD.

So there it is ... the Liberal Gun Platform and where we stand on the policy points at the half-way mark of their term in office. We wanted to go over these points before the New Year and set the record straight. We've had reports of posts on forums like CGN, Reddit and the like with rumours of everything from a ban on semi-auto's to a revival of the long dead S-223, to memos akin to "chicken little" (the sky is falling) fundraising attempts to outright untruths. If we are going to demand transparent, data-driven legislation we need to reflect that ideal in our advocacy.

Support the CCFR in the quest for fair, effective legislative action and education for the media, government and the general public. 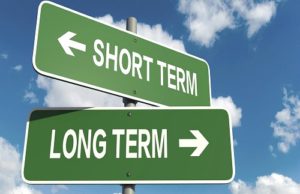 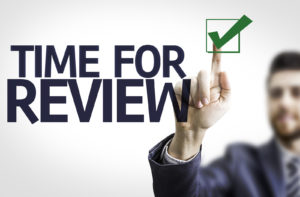