Reviewing a 2015 study, it appears what we all believed was true, is indeed fact. The prevalence or rate of ownership of legal guns has no correlation to the rate of crimes, and specifically homicide, as discovered by Professor Gary Kleck PhD - an unlikely advocate of firearms owners. 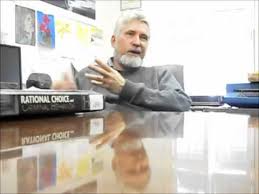 Kleck spent his entire career at Florida State's University of Criminology, first as in instructor, eventually becoming a professor. He's authored many books and articles on gun control and is an active, contributing member of the US Democrats.  One might think he'd be a big supporter of gun bans, but as a scientist and an academic, he must be guided by the evidence - and the evidence is clear.

"The central premise behind gun control as a policy to reduce crime
or violence is that gun availability affects rates of crime or violence. In particular, many scholars assert that gun levels affect homicide rates, primarily because use of a gun in attacks increases the likelihood that they will result in the victim’s death"

"Why does gun prevalence not have a significant positive effect on
homicide? The most likely explanation is that (a) most guns are possessed by noncriminals whose only involvement in crime is as victims, and (b) defensive gun use by crime victims is both common and effective in preventing the offender from injuring the victim.

The science is clear and overwhelming ... legal guns in the hands of legal owners has a positive effect on the rate of homicide. 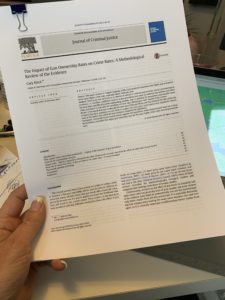