In anticipation of the return to parliament this week, the CCFR's Tracey Wilson penned and submitted a letter to Prime Minister Justin Trudeau and Minister of Public Safety & Emergency Preparedness Bill Blair. The letter was sent on behalf of licensed, legal, RCMP vetted gun owners from coast to coast to coast to implore the Liberal government to focus on actual crime and violence rather than implement expensive punitive measures against the very people not committing the crime.

Canadians deserve more than political theatre from our leaders.

Download the letter: Open Letter to the Liberal government 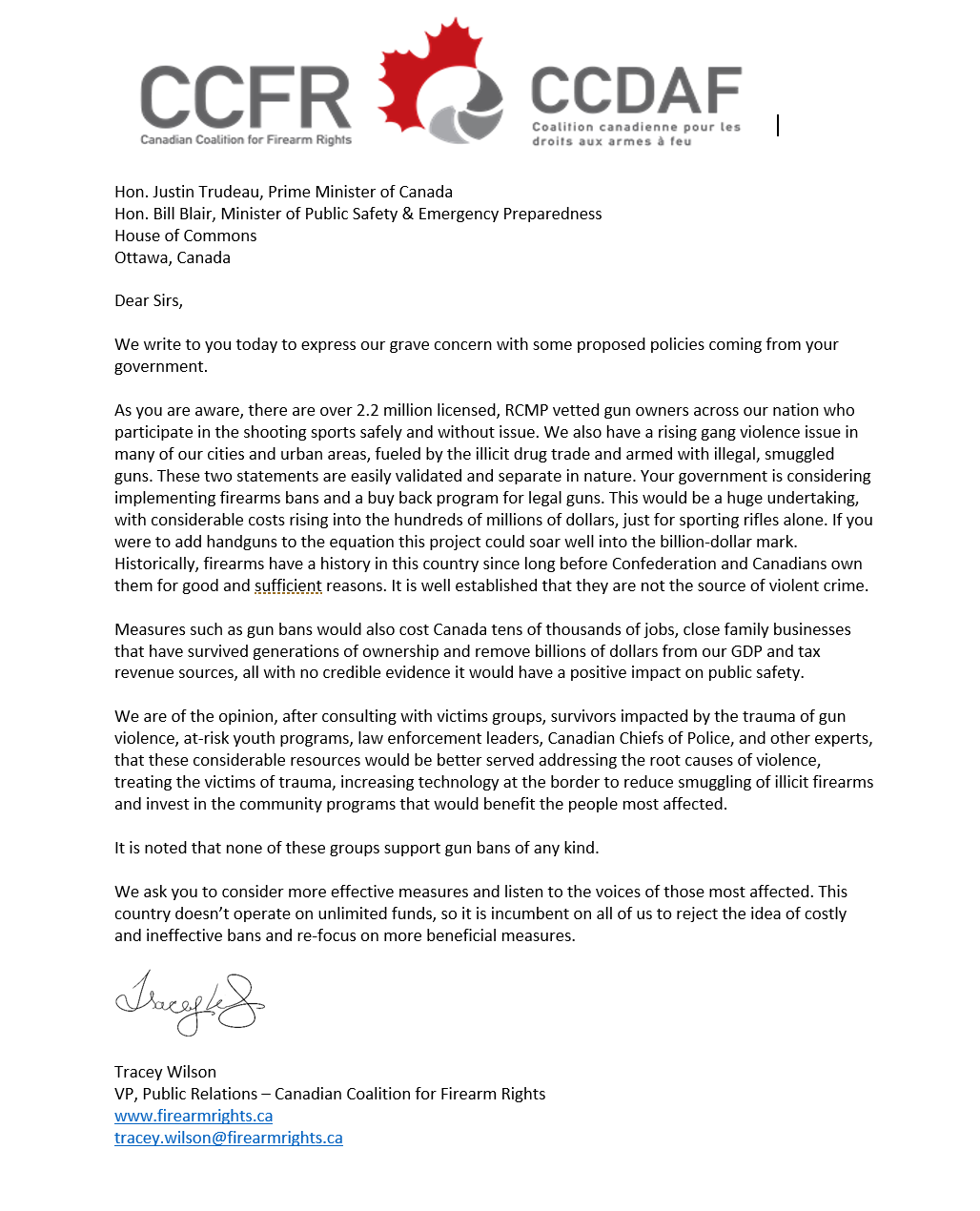