Much has been said in recent weeks by politicians on both sides of the gun debate, by members of the public and by media pundits. Little has been said publicly by those of us who are professionally engaged and trained in the business of public safety. That business falls squarely at our feet.
Recently the government decided that they are above our parliamentary system and used an order-in-council to push through legislation rather than using parliamentary debate. The reason for this is simple, they wouldn’t have got the legislation passed without trampling over democracy in their bid to force an ideological, divisive, partisan agenda. The Liberals have clearly decided to follow the path of US politics and use division as a political tool rather than attempting to unite our country and work towards consensus and actual public safety. The confiscation program that is being put in place will be without a doubt a huge erosion of Charter rights and a terrible precedent for Canadian democracy. If this continues it sets the precedent that any party in power can enact whatever legislation they want without going through parliament.

I am a police member in a Western province in a major municipality that has its fair share of firearms related incidents. I work in a speciality team that has a number of areas of focus, one of which is dealing with gang crime which essentially means two things, drugs and guns. I own an AR15, a Glock and a pump action shotgun (along with a number of other rifles, shotguns and handguns). I choose to own these because it allows me to train to keep myself safe, the public safe and my colleagues safe. I also hunt. Training is hard to come by at work and with ongoing budget cuts it is likely to get worse, starting to take these firearms away from police officers that we use to train will make police officers and the public less safe. Privately owning firearms similar or the same as those used professionally is very common for police. It’s no different than training in the gym on your days off.

This is an open letter about being on the right side of history and doing the right things for the right reasons. That goes for both us and the government. You and I are accountable for every decision we make, every word that comes out of our mouths, every unholstering of a use of force option. We as Canadians deserve the same level of accountability from our government. If we can’t explain our actions when taking property from someone or taking away their liberty, there’s a problem. The same should be true of the government. The time for the government to stop lying and avoiding answering questions has come.

It is important to always keep in mind that governments, politicians and partisan ideologies come and go. We serve the people of Canada. We are not a tool of the minority government waiting to do its bidding, ready to trample over the Charter rights of the citizens of Canada and seize legally obtained property in the hands of innocent men and women.
History is replete with instances of good men and women doing awful things at the behest of their governments or their organization, whether it be a law enforcement agency or a military unit.

If the official opposition or the Canadian courts don’t undo this decision, police members in Canada as well as other parts of the legal system will be involved in breaching the Section 8 Charter rights of law abiding Canadian citizens when we are involved in the unlawful seizures of privately owned property. As we are all aware, it is not enough for a seizure to be authorized by law, the law must also be reasonable. As this change has been made through order-in-council by a minority government without parliamentary debate and approval I have deep concerns about it being found to be reasonable. Until the Canadian court system rules that this law is reasonable, we are putting ourselves once again in a position of being on the wrong side of history. It is entirely possible that in the coming years we will be involved in criminalizing innocent individuals, entering their homes and removing their property.

All of these actions will be carried out because a small group of people in a minority government decided that they were above our parliament and our courts.

It is the role of parliament and the courts to figure this mess out, until then I believe that we as law enforcement professionals and Canadians should give a lot of thought as to whether we want to be agents of the government or protectors of our communities.

I encourage all of you reading this who agree that the government should stop this action and focus on criminals to write a letter expressing your thoughts and send it anonymously to the CCFR. They will provide you with details of how this can be done. We need to make our voices heard. We are the professionals in public safety, we are the ones who run towards the criminals with the guns, we are the ones who must speak the truth. 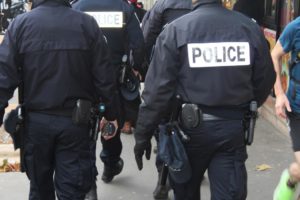