As many of you know, the Liberal government had introduced a tender, looking for an outsourced company to bid on, build, manage and implement their confiscation regime from the May 1 OIC gun ban. That tender resulted in literally NOBODY bidding on it, and was cancelled. The program now sits in limbo as the government is left scratching their heads trying to figure out the mess they've created. 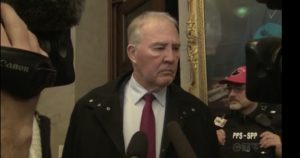 Well, we've been scratching our heads too, and it doesn't take much to think critically about what a regime of this nature would really entail, aside from just issuing payments. Imagine you're one of these preferred companies the Liberals invited to bid ... here's what you would have to think through ...

There is no way this can be done easily with a computer program that averages out the buyout for 300,000+ firearms. Every single one will need to be visually inspected, parts verified, values confirmed for current market value, etc.

AR15'S for example make up the majority of these confiscated firearms, they could have been purchased for as little as $300 for a stripped upper/lower or as high as $10,000+ for a custom or rare piece, they are the "lego of firearms", someone could buy a $300 set up and sink $1000's of dollars into the build.

Same applies for the M14 platform, retail on a Norinco could have been $399 when someone bought it, or a custom LRB could run $10,000. Then you have the 10,000 joules rifles, could be a $1500 50BMG upper that fits on an AR15, or it could be a custom $200,000 single shot hunting rifle made for African hunting in one of the various now prohibited common magnum cartridges.

The actual administration of this program...man hours required to verify, price out, and confirm values of 300,000 individual firearms is going to dwarf the actual "buy out" of said firearms by a wide margin.... especially if outsourced like the government is planning.  A basic 3rd party contract for things the Government can do itself is about 5x the hourly rate of a GOV employee ($200/h vs $40/h).

I suspect if the companies bid properly, the Feds would lose their mind based on $200/h x 300,000 rifles. It would take 2 to 4 hours research or more per firearm x who knows how many people. Then you would have to double that or so, for their profit, because nobody works for free.

People won't have receipts for guns they bought 30 years ago, nor will they have receipts for parts bought here and there over years of owning these rifles. If the Government is going to be transparent and fair, they can't put a blanket amount on any class of firearm that was recently prohibited.

You can also roughly calculate how much time is left until the 2 year amnesty is over, and how many hours/people it will take just to value them, let alone issue payment. For example; it would take 142 working days for 60 people to value these 300,000 individual firearms based on 1/h spent on each valuation. Double that if it's 2/h per firearm. The closer we get to the deadline, the more the costs go up as there would be overtime involved, weekends, more people required, etc.

So the longer the Feds put this off, the more it's going to cost in man-hours.

I can't see the government shipping these all to a central location (costs/safety reasons etc.) so, more costs for travel.

Honestly, I'm not convinced the confiscation regime or "buy back" program is even possible. In any event, the CCFR will continue to lead the fight and the opposition to this gun ban, in federal court, in the media and on the ground.

Support the CCFR and help us, help, save your guns

Written by Tracey Wilson, in consultation with experts.