The Canadian Coalition for Firearm Rights (CCFR) is expanding on its previous successes, and in the ongoing support of its projects in 2018 the CCFR has increased its staff in a very exciting way.
Notably, in serving our members in 2017 the organization released over $100,000 worth of shareable media assets, attended over 40 community events and expanded the information reference site gundebate.ca. The CCFR also launched a widely popular podcast and interviewed the Conservative Party Leadership candidates , featuring original discussions with Maxime Bernier and Party Leader Andrew Scheer. 2018 promises to be even more exciting.

Acknowledging the quantity and complexity of the exceptional projects the CCFR plans to deliver in 2018, the Board of Directors has moved to expand the CCFR’s capabilities by creating a new CEO and Executive Director role and have contracted Rod Giltaca to fulfill this position. The Board realized that the CCFR’s growth required more full time attention. This level of commitment would be unrealistic to ask of volunteers. The resulting changes move Rod Giltaca from CCFR President to the position of CEO and Executive Director and Jamie Elliott from V.P. of Operations to Interim President. In addition, BC Director Nathan Picklyk will now serve as the Vice-President of Field Officer Program, to also support the 2018 expansion plan.

Rod Giltaca will continue to be responsible for the leadership and business affairs of the organization, as well as maintain his position as key spokesperson of the CCFR.

“The CCFR’s projects in 2018 are going to require a dedicated and highly skilled individual to make them happen. Mr. Giltaca is certainly the right person for that task” said CCFR Interim President, Jamie Elliott. The CCFR and WildTV is producing a never-before-done television series exclusively covering target shooting sports in Canada. “This is a project that has no precedent in Canadian television history” said Rod Giltaca. “One of the CCFR’s goals is to change the culture in Canada, to pave the way for legislative change. This show has the potential to contribute to that objective by allowing the general public access to the hundreds of rifle and handgun events that happen every year in our country”.

“Mr. Giltaca will be responsible to deliver several broadcast commercials, project manage our new television show, continue our bi-weekly podcast, lobby directly in Ottawa and lead other programs to grow the CCFR’s ability to protect firearm owner’s interests” said Nathan Picklyk, CCFR’s Vice-President of Field Officer Programs.
The Board of Directors wish to thank all of the members of the CCFR and our exceptional corps of volunteers for making this organization what it is today. It’s this level of commitment from everyday gun owners to make a difference in their own lives that has made an organization like the CCFR possible.

Hear an interview with Rod Giltaca and Jamie Elliott this Thursday on the CCFR Radio Podcast and find out what’s going on directly from those involved. 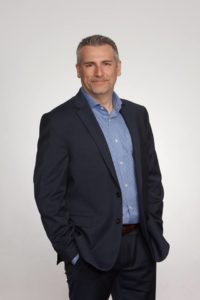