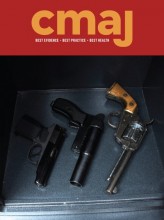 But what's really interesting in this new study is the blatant lack of transparency combined with their failure to disclose a conflict of interest. CMAJ knows better and it is surprising to many doctors in the community that they allowed the article to be published without disclosing "competing interests".

You see, both Dr. Najma Ahmed and David Gomez are listed as Executive Members of Canadian Doctors for Protection From Guns, a registered anti-gun lobby group. It's no surprise that either would take a particular interest in writing studies with an anti-gun owner bias, but it is surprising that CMAJ would ignore the ethics guidelines they subscribe to under COPE.  It is important to maintain the public's trust in health professionals, that these kinds of conflicts of interest are disclosed, and not hidden discretely while they trod the study out to the media as some kind of breakthrough evidence. 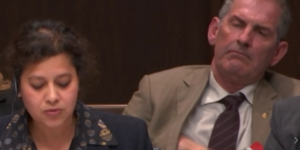 In any event, while the study may be tarnished and CMAJ has yet to announce what actions will be taken to remedy this violation of publishing standards, the evidence within the study itself echoes much of what we've been saying, and lobbying for, all along.

While firearms are a distant third in preferred method for suicide in Canada, representing between 13-16% of all suicides, the evidence is clear and overwhelming that Canada is failing to implement services and resources to improve the mental health state of its' citizens. In a country with finite health care resources, we MUST invest in better access to mental health programs, regardless of what method a person in crisis uses.

Maybe we should refocus some of the billions the Liberal government will spend on a gun confiscation program against legal owners, into improving mental health - lives depend on it.

And what of a legal gun owner in temporary crisis? How easy is it for someone to get immediate help without subjecting themselves to property confiscation? It isn't ... and that's a problem. A problem that hinders legal gun owners' ability to pick up the phone and call a health practitioner for help.

You have to ask yourself, does kicking in someone's door, confiscating their legally acquired property and suspending a firearms license really foster an environment that gives people the will to reach out? Of course not.

The stigma, the fear of repercussions, the cost of hiring expensive lawyers to help you fight to get your property back after you're well - it creates an impossible barrier between help and someone in crisis. WE must do better.

If a persons choices are between 1) get help, be treated like a criminal, have to fight to get property back and 2) trust in your social safety net to provide safe, temporary storage, get help and get back to life, it doesn't take a medical degree to figure out which would be more frequently chosen.

The rhetoric and vitriol coming out of these activist doctors is well documented in their social media Twitter feed ... behavior that is quite shocking from medical professionals, but it's important to remember they represent a very small, American-funded activist group. Most Canadian doctors are supportive of investing in social programs, at risk youth initiatives, mental health programming and a myriad of other resources that could mean the difference between life and death for so many.

Look - mental health is still a tough subject, from suicide to extremism, a lot of this country's issues could be solved with compassionate, thoughtful, patient-first advocacy.