The state of discourse around guns in Canada has never been healthy, but why? Anyone with a laptop and an internet connection is an instant expert, and Canada’s mainstream media has commonly been an advocate of a fact-free debate. The birds are coming home to roost. In a damp corner, covered in feathers, is Andre Picard. 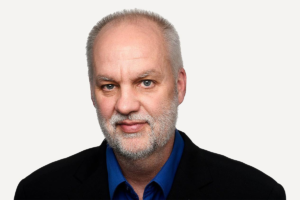 Picard’s piece in The Globe & Mail on Feb 19, 2019 is a notable example of why Canadians have withering respect for journalists and the mainstream media.

As is the custom, Picard opens with the obligatory insult that the CCFR is a group of “National Rifle Association-wannabees”. Does Picard know anything about the CCFR? Of course he doesn’t, but that wouldn’t stop him from deploying his government subsidised megaphone to impugn the character of anyone who he disagrees with.

If you thought that one insult was enough for Picard’s intellectual misadventures, you’d be wrong. He ensures he checks off all his standard boxes before attempting to make a point by, you guessed it, implying that the CCFR are racists and misogynists. Don’t bother asking for proof of this claim. This is par for the course and we’re used to it. I wonder if he’s at all confused why the state of discourse in our country is in decline.

Andre continues to demonstrate everything the CCFR has identified as a problem since our inception: a “journalist” completely averse to writing an article offering informational value, taking not a moment to verify anything and representing only his own side of a story.

Picard could have picked up the phone at any time to see what this story was all about, but that wasn’t his interest. It was a perpetuation of an old pattern, a non-expert coming to the defence of non-experts using ad hominem attacks, elitism, incredulity, half-truths and even lies.

The CCFR has asked for only one thing since day-one: a calm, mature and honest debate about firearm ownership in Canada. If Picard’s [government subsidised] hit-piece has demonstrated anything, it would be that the distrust Canadians have in people like Andre is a well-earned perception.