The CCFR has been working non-stop, day and night since the Liberal government dropped a sweeping gun ban on legal Canadian gun owners on May 1. Here's what we've done in the first 60 days after the ban: 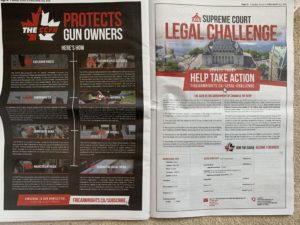 This is what the CCFR did for our community in just 60 days. Will you be a part of this effort and join or donate?