Among some of the most ludicrous measures in Bill C-71 is the removal of automatic Authorizations to Transport to a gunsmith. You know? For public safety.

Rod Giltaca, CEO and Executive Director of the Canadian Coalition for Firearm Rights has given numerous practical examples of how many of the measures in Bill C-71 do absolutely nothing to increase public safety and, in fact, are counter-productive towards that end. 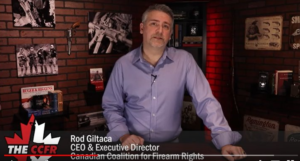 One of those examples was a malfunctioning firearm with a live round stuck in the chamber. This presents a significant threat to public safety as the legal owner would have to store their firearm in that state until a short term ATT is issued by the CFO, with no standard of service and within any amount of time that it may take, to correct a dangerous situation. Of course, proponents of C-71, especially those that know next to nothing about the mechanics or function of firearms were quick and quite vocal in their condemnation of what they perceived to be an exaggeration. It will never happen, they claimed.

Well, except for a bit of knowledge that allowed me to remedy a potentially catastrophic failure, it almost happened to me.

I took my trusty CZ SP-01 Shadow pistol out to the range for a few drills and general practice, as I do quite frequently. About a hundred rounds into my session, my slide locked back halfway through a magazine. At first I thought I had a failure to eject or possibly a double feed, both rare occurrences for this fine platform, but not impossible. After checking my ejection port, chamber, and feed ramp, I determined they were clear and appeared to be in proper functioning condition. 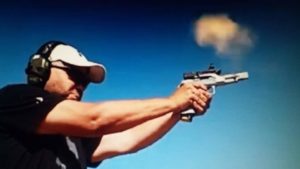 What I did notice, however, when I rolled my pistol over to check the slide stop was that it was portruding a few millimeters from the frame. I thought it odd but didn't think much more of it. I pushed it back in, manually dropped the slide, and tried to do a press check, only to realize my slide was now locked closed, with a round in the chamber.

I engaged the safety, dropped my magazine, and attempted to fiddle with the slide stop that had once again creeped out from its flush position, all to no avail. Realizing that I had a potential safety issue with a live round chambered while attempting to forcibly manipulate controls on a jammed pistol, I cleared the pistol the only way possible by discharging it and sending the projectile down range. Of course, the slide didn't open and the casing didn't eject, but at least the pistol was now safe and I could continue working through what was very clearly a malfunction.

I've stripped that pistol down countless times and was a bit surprised that the slide stop pulled all the way out without aligning the slide to its takedown position. Well, half of the slide stop came out. The other half was still stuck in the frame but with a little elbow grease and some tools in my range bag, I was able to get it out and clear the chamber of the spent casing. My pistol, however, was done for the day and, considering it was the only firearm I brought with me, so was I.

If not for some training and some basic common sense, this could've had drastically different outcomes at a few steps. While I'm certainly not an elite expert on these sorts of things, I'd like to think I'm slightly north of average, especially with some of the things I've seen at various ranges over the years. It's reasonable to assume that someone with less knowledge would not have handled it the same way and a threat to public safety could've easily been created if they were forced to take their hot gun home and wait for the CFO to tell them it was OK to take that hot gun to a gunsmith for repair.

Yet this procedural change in C-71 is being portrayed as a public safety enhancement. Like so much in this Bill, if it wasn't so frightening how out of touch legislators are on its contents, it would be laughable. C-71 needs a complete rewrite. For many reasons. 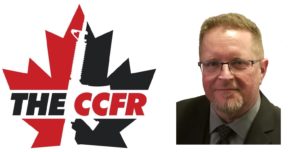 Dave Partanen is the VP of Publications and Ontario Director for the CCFR.