CCFR Quebec Director Etienne Tremblay writes to the Premier of Quebec regarding the impending implementation of a provincial registry; 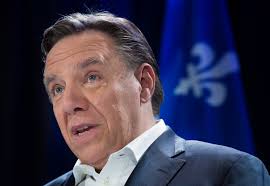 I would like to congratulate you on forming your government. The majority of firearms owners in Quebec placed their hopes in your election. Your political party was the only one to allow your deputies to vote freely on Bill 64. On behalf of the Canadian Coalition for Firearm Rights, I thank you for that.

As you know, the previous Liberal government ignored the 60,000 signatures of the official petition that was presented to the National Assembly. Unlike the poll commissioned by the groups in favor of the registry, a 2015 Léger survey clearly shows that the majority of respondents, (57%) outside Montreal, were not in favor of creating a long gun registry. In this survey, the estimated amount was only of $ 30 million dollars. Compare that to the new cost projections, in relation to the participation rate of the population, and you are left with a fiasco in your hands.

According to the election results, you had strong support in rural areas. Those same areas who's voters did not support a registry. Why pay for the mistakes made by the previous government? We implore you to listen to the people like you promised you would during your campaign. Thus, avoid forcing honest people, who normally contribute positively to society, to commit acts of civil disobedience.

The Supreme Court of Canada has ruled that the area of jurisdiction over firearms is at the federal government level. In reality, a province could never put in place a registry that can match the scope and power of the old federal registry. Moreover, the effectiveness of said registry was never clearly established after years of being in place. If we have a lesson to draw from this experience, it is the tremendous cost overruns.

We ask you not to waste taxpayer's money and refuse to build the most expensive strainer in our history, when it comes to fighting crime.