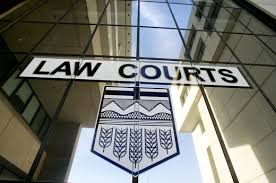 In that decision Judge A. A. Fradsham, a long-sitting Provincial Court Judge and author of the "Alberta Rules of Court Annotated" publications (viz. a judicial heavy-hitter) made some great findings in favour of the firearms community that, if you’ve been interested in the s. 74 issues, you’re going to like.

Before we get to the case, please know that nothing in this decision reversed or changes the OIC ban or the “ban by FRTs”, and our critical CCFR v Canada fight in Federal Court is still going with everything we’ve got, because that’s the place the real battle against the bans will be won.

Please look in the main CCFR discussion group for more and ongoing discussion on this topic, where you’ll also soon find a link to a Runkle of the Bailey video on the topic.

We can also say that this decision tracks exactly the position taken by the CCFR on this in the first instance, and accordingly this decision is exactly as we expected.

In the decision Judge Fradsham held that:

[67] The term "revoke" is not defined in the Firearms Act or the Criminal Code. The Canadian Oxford Dictionary (Don Mills, Ontario: Oxford University Press, 2001), at page 1235, defines "revoke" as follows: "rescind, withdraw, or cancel (a licence, decision, promise, etc.)."

[69] The only power available to the Registrar the exercise of which would render the registration certificates "nullified" and "no longer valid" is the power of revocation. Indeed, the terms "revoke" and "nullify" and "invalidate" share the same denotation and the same connotation.

[71] The July 20, 2020 letter from the Registrar told Mr. Stark the reason for the revocation (the reclassification of the firearms specified in the letter brought about by the amendment to the Classification Regulations). The letter also informed Mr. Stark what he could do with the reclassified firearms, and that he would have until April 30, 2022 under an Amnesty Order to dispose of the firearms. In my respectful view, the July 20, 2020 letter from the Registrar of Firearms to Mr. Stark gave notice to Mr. Stark "of the decision of the ... Registrar" [section 74(2)] to "revoke" [section 74(1)(a)] the registration certificates listed in the letter.

[72] As previously noted, I am mindful that the July 20, 2020 letter was not "in the prescribed form" for a section 72(1) notice, and that it was not accompanied by a copy of sections 74 to 81.  However, in all other respects it complied with the notice provisions of the Firearms Act, and the deficiencies noted do not change the character (a notice of revocation) of the document…”

If you like what the CCFR is doing, please consider contribution to our litigation fund and our fight against the federal government.  You can make a donation HERE