Nathalie Provost is a victim, no question about it.

As I've said many times, and as I opened with during my Senate testimony, I grieve with all victims of violence, their families, and loved ones, whether they suffer life-altering or life-ending casualties. I don't wish those circumstances on anyone.

Where my empathy reaches its limit, however, is when the actions of one are used to justify the demonization and punishment of many innocents, the vast majority of whom are as horrified as any by the levels of depravity humans are capable of, regardless of the motivation and regardless of the instrument used to commit their crimes.
What Provost and those that ideologically align themselves with her seem unable or unwilling to grasp is that an inanimate object, whatever it may be, is not the catalyst for turning all peaceful and law-abiding citizens into homicidal maniacs. Substituting one instrument for another is not a solution and blaming an entire demographic that has done nothing wrong for the evil actions of a few is equally unjust. We've done this before and have, decades later, recognized the error of our ways and offered official apologies. There's something to be said about being doomed to repeat history due to our ignorance of it, just as there is about repeating the same action again and again and expecting different results.

As for her claim that the pro-gun lobby will oppose any measure to enhance public safety, that's not true. We have always extended our hand and our support for measures that address root causes of these manifestations of deviant and violent behaviour. Always. What we've seen at the legislative and regulatory level, at least federally, includes none of those.

Where I do agree with Provost is that there appears to be very limited scientific method considered when drafting and passing current legislation related to this issue. Where she sees the government conceding to the pro-gun lobby on politics alone, I see the government failing to even want to undertake the difficult task of educating the public with the evidence we have, and posturing for political capital among those less than thoroughly informed on the complex sociological factors that are the common denominators in all of these incidents.

I sincerely hope that Provost finds the path to healing and that she finds peace in her life in whatever path she takes from here. I will not, however, miss her attempts to punish me and 2.2 million Canadians like me, for the failures of society to provide the nurturing and support that would've most likely prevented the traumatic experiences all victims have endured.

Now, let's start the real work. It requires all of our efforts, and we are ready, willing, and able to help. We are not the enemy, nor are we the problem. 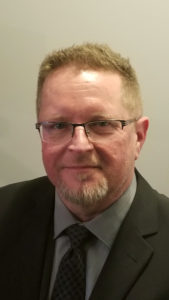