The CCFR has filed an injunction (court file number T-577-20) application with the federal court to "stay" the May 1 OIC gun ban until the main case can be heard and decided by the judge.

In addition to the CCFR leading the injunction, both Arkadi Bouchelev for Doherty et al vs AGC et al. (file number T-677-20) and Christine Generoux from a group of self-represented parties (court file number T-735-20) joined us in our injunction application and appeared at the online hearing to question the defense’s “expert witness” Murray Smith, former manager of the Specialized Firearm Support Services (SFSS) within the Canadian Firearms Program of the RCMP. 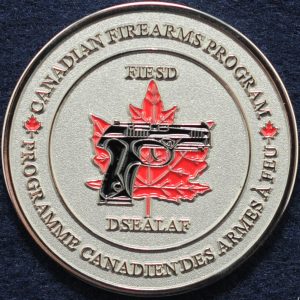 While there are multiple court actions opposing SOR 2020/96 (the gun ban), no other legal teams filed or participated in the injunction process.

Now, there is no guarantee of a win for this injunction - in simple terms it is a long shot, but at the CCFR we promised gun owners we would fight this with everything we've got, we'd leave no stone unturned nor avenue unexplored and we meant it. This injunction came at a considerable financial expense, but we refuse to go only half way with anything. So here we are. The injunction hearing will be on January 18 and we will post a link for a limited number of 800 people to tune in and view it live virtually. 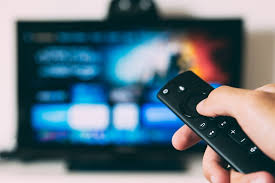 The burden of proof or justification for an injunction is considerably higher than for the main case, so a loss at the injunction stage has no bearing on whether or not the main case will be successful. But not trying isn't an option for us.

Attached you will find the lengthy text of the testimony and questioning of the government's witness, Mr. Smith. There is a lot there to comb through but we wanted to provide you with some highlights for your interest as well as the text in it's entirety for your consideration.

Warner: Right. And I think we would be on common ground, just in clarifying, that based on your CV, it's evident that you're not a lawyer and so your qualifications don't derive from any particular expertise in legal interpretation; that's right?

Smith: No. My qualifications are primarily technical.

Warner: Right. And just to confirm from your CV, also, you're not an engineer, and so your qualifications in that regard don't relate to any particular expertise in engineering, right?

Smith: No. I don't have any formal education in engineering.

"Figure it out yourself - it's fairly straight forward"

Warner: And so, in your view, what would be the best way for a gun owner to find out whether or not they have something that you just described as an unnamed variant?

Smith: Well, firearms owners would have a number of options. One would be to figure it out for themselves, which is not as difficult as some would say. The -- most of the variants that are in circulation in Canada are obvious to everyone as variants. In fact, the owners typically purchase the firearm because it was a variant. So, for example, the largest single group of firearms named in the regulations is the AR platform. There's about 90,000 of these firearms in circulation in Canada. And the AR platform is well-known to firearms owners, and people typically buy one of those firearms because they know it is a variant of the AR-15, and that is a desirable characteristic. So for the vast majority of these firearms and their variants, the lineage, history, and relationship of these firearms to the original firearm is well-known. There is a percentage where the association with the parent firearm is perhaps less clear, but for the majority, it's pretty straightforward.

Warner: Sure. And so you would understand that, of course, the consequences of making what could be perceived as an incorrect conclusion on this has potential criminal consequences, right? Because if I am in possession or using a restricted or prohibited firearm without proper, let's say, permission to do so, you understand that the consequences for that are potentially criminal, right?

Bouchelev: Okay. And I would suggest to you that using a firearm that is a member of the nine families for hunting was also reasonable in a general -- in a non-legal sense of that term?

Smith: What I can say is that individuals have reported using firearms from those nine families for the purpose of hunting, but I don't have any exact numbers on how many. I don't -- I couldn't say that it's widespread. And, furthermore, I would point out that the use of such firearms for hunting is a controversial topic within the hunting community, as indicated by their anecdotal reports and chat rooms and so on. It's -- there's still some debate within that sector as to whether the military pattern firearms are suitable or not.

These are just a few excerpts from the hundreds of pages of initial testimony and questioning of Murray Smith during the injunction process. This testimony can and will be used as evidence in the main case.

If you support the valuable work of the CCFR, please consider supporting it. As the largest and most complex case, our expenses have already exceeded $1.1M. Much of the evidence produced by the CCFR legal team is being used to help support the other, smaller cases and we are glad to help.